The Southeast Florida Coral Reef Initiative was developed through the collaborative effort of many government agencies, non-governmental organizations, universities and private partners and is coordinated by the Florida Department of Environmental Protection’s Coral Reef Conservation Program (DEP CRCP).

To develop an effective strategy to preserve and protect southeast Florida’s coral reefs and associated reef resources, emphasizing the balance between resource use and protection, in cooperation with all interested parties. 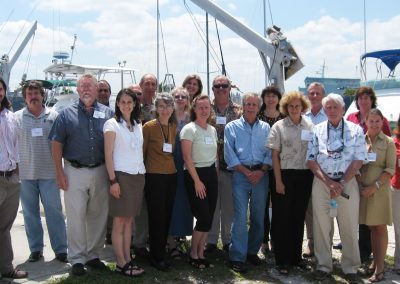 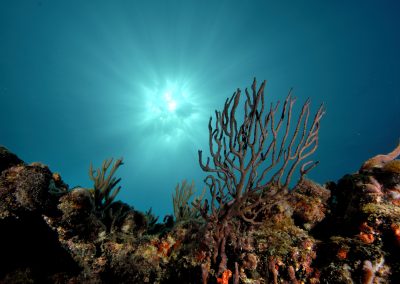 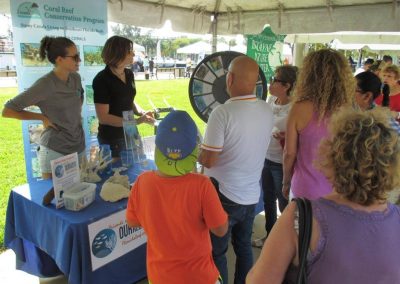 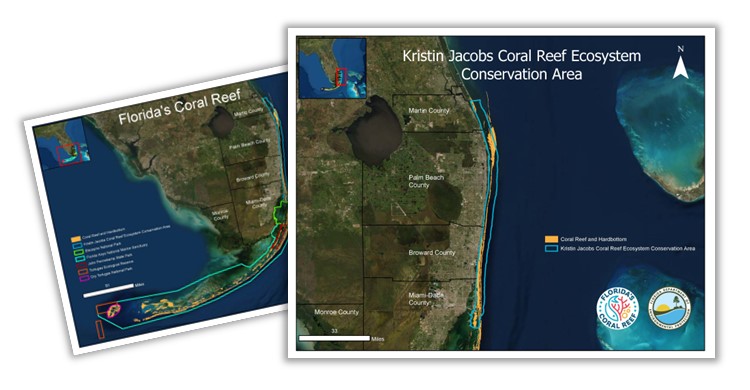 Following the establishment of the United States Coral Reef Task Force in 1998, the State of Florida recognized the importance of the need to protect and preserve the biodiversity, health, heritage, and socio-economic values of our reefs and the marine environment. With guidance from the Task Force, the FDEP and the Florida Fish and Wildlife Conservation Commission formed the SEFCRI Team: a group of marine resource professionals, scientists, and stakeholders from government agencies and other organizations. The SEFCRI Team first gathered in May of 2003 to develop local action strategies needed to protect the coral reef resources extending from Miami-Dade County through Martin County. This area of Florida’s Coral Reef is now known as the Coral ECA.

The Kristin Jacobs Coral Reef Ecosystem Conservation Area (Coral ECA) was officially established on July 1, 2018 and subsequently re-named in 2021. This re-naming honors the work and passion of the late Kristin Jacobs, a Florida State Representative who was a long-time environmental advocate.

1990 - The State of Florida banned the collection of hard corals, octocorals, and other associated organisms in an effort to increase protection of these critical components of the reef.

1993 - The Florida Department of Environmental Protection (FDEP) was created with the mission to protect, conserve, and manage Florida's environment and natural resources.

1999 - Florida Fish and Wildlife Conservation Commission (FWC) was created and charged with managing and regulating Florida's fish and wildlife resources, and enforcing any related laws.

2000 - USCRTF adopted the Puerto Rico Resolution, which called for the development of Local Action Strategies (LAS) by each of the seven member U.S. stated, territories, and commonwealths.

2004 - The Florida Coral Reef Conservation Program (CRCP) was initiated, under FDEP, and charged with supporting and managing the overall LAS effort.

2004 - SEFCRI used a facilitated process, including public review and input, to develop four focus areas of concern: awareness and appreciation; land-based sources of pollution; fishing, diving, and other uses; and maritime industry and coastal construction impacts.

2009 - The Florida Legislature passed the Florida Coral Reef Protection Act (CRPA) recognizing the uniqueness and importance of our Florida reefs. This act increases the protection given to reefs off the shores of Martin, Palm Beach, Broward, Miami-Dade, and Monroe counties by providing Florida with the ability to recover monetary damages as additional disincentive for damaging reefs.

2018 - The International Coral Reef Initiative declared 2018 as the third International Year of the Reef in a global effort to strengthen awareness and understanding about the value of, and threats to, coral reefs. The goal is to identify and implement effective management strategies for conservation, resiliency, and sustainable use of coral reefs.

2018 - The Southeast Florida Coral Reef Ecosystem Conservation Area was officially established by the Florida state legislature. This conservation area, also known as the Coral ECA, includes the sovereign submerged lands and state waters offshore of Martin, Palm Beach, Broward, and Miami-Dade Counties from the northern boundary of the Biscayne National Park to the St. Lucie Inlet.

What are Local Action Strategies (LAS)?

In 2002, the United States Coral Reef Task Force adopted the “Puerto Rico Resolution” which called for the development of Local Action Strategies (LAS) by each of its seven member U.S. states, territories, and commonwealths: Hawaii, Puerto Rico, American Samoa, Guam, the U.S. Virgin Islands, the Commonwealth of the Northern Mariana Islands, and Florida. These Local Action Strategies are short-term, locally-driven roadmaps for cooperative action among federal, state, territory and non-governmental partners, which identify and implement priority actions needed to reduce key threats to valuable coral reef resources. Using a collaborative process based on local needs, concerns and capacities, each jurisdiction developed strategies that contain a variety of projects designed for implementation over a three- to five-year period.